The 1968 Triumph  Bonneville had a watershed year starting in 1968. While the slow march of progress continued, 2 major improvements were made: Amal Concentric carburetors replaced the Amal Monoblocs, and a new 8″ TLS (Twin Leading Shoe) front brake replaced the age-old SLS (single leading shoe) unit. But 1968 also marked the beginning of a very brief window when the Triumph Bonneville was in it’s ‘sweet spot’, widely considered to run from 1968 through 1970. There were also changes in the engine to strengthen it and improve oiling. The frame, headstock, and the swingarm were also strengthened.

This Bonneville on offer is a home specification bike that was restored in the UK. It is a matching number bike that has been meticulously restored. Britsh home market bikes came with the larger petrol tank and parcel rack and painted fenders. The bike has slightly more than 306 miles since restoration so it is well fettled and runs and drives beautifully. The stock 2 point ignition has been replaced discretely with a Boyer electronic ignition. This bike is located in Parksville BC on Vancouver Island. 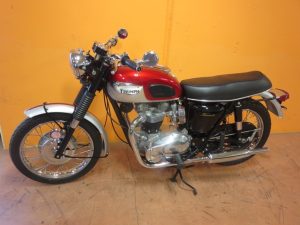 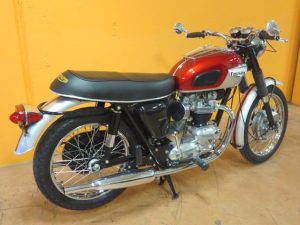 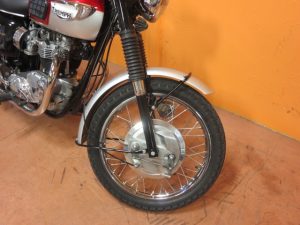 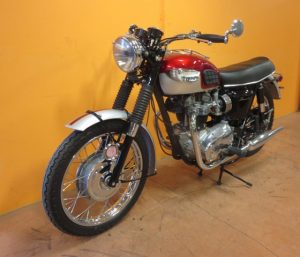